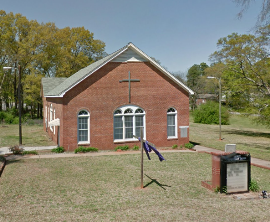 The Developmental, Risky, Experimental, Adaptive Mission (DREAM) Grant is being offered by the Presbyterian Mission Agency in order to encourage dreamers, risk-takers, pioneers and trailblazers.  We need entrepreneurs, church planters and inventors.  We need to support people who are not afraid to fail and church cultures that will encourage people to risk failure in order to find new ways to succeed.

This grant is designed to encourage the birth of new ventures through congregations and presbyteries rather than to support the expansion of existing programs within congregations.  During 2014, preference was given to ministries that fall within the bounds of the Synods of Alaska-Northwest, Boriquén in Puerto Rico, Rocky Mountains and Southwest, but this year all synods are encouraged to consider making application.

Initiatives may ordinarily receive a one-time DREAM Grant of up to $10,000.  These grants are intended to support operating/program purposes such as salary and benefits, insurance, rent, educational materials, etc…

The application allows the writer to add typing space as needed. Photos and/or videos are welcome.  After obtaining appropriate partner congregation/ministry and presbytery approval, synod leaders should e-mail as a single attachment the completed proposal to the Office of Mission Program Grants.